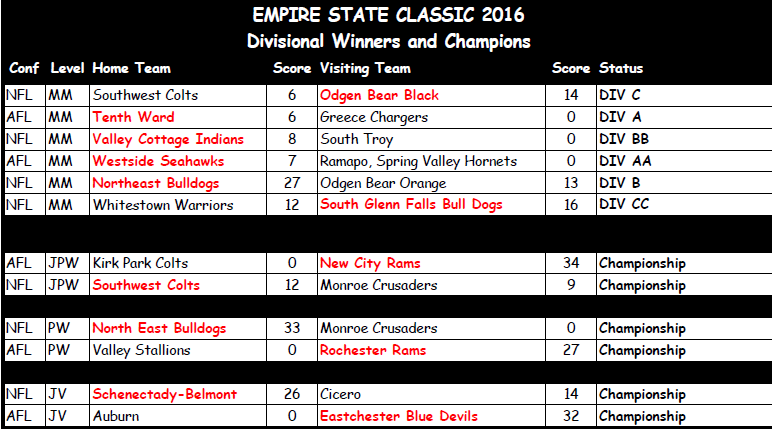 What a beautiful day in sunny Schenectady, New York at the ESC concluded its 2016 Championship weekend.
The ESC crowned some old and new champions for the 2016 season including the inclusion of Mitey Mite football for the first time.

Hats off to all of our football players, coaches and families for an outstanding display of Team Work, Sportsmanship and fair play, as well as our 2016 Empire State Classic Divisional Winners and Champions.

There are no comments for this announcement.